I just spent two hours with an Interpol agent.

He received an anonymous tip that I was using "Voulez" as a tax shelter!

I can see how that might be a problem,since it's illegal.

Do you realize the damage an investigation like that will do? Huh?

Not only to me, but also to you!

I am just the silly daughter of the great Pascal LeMarchal.

Who could believe I was involved in such devious plans?

Now, as it turns out,Daniel Grayson is a friend of the Interpol agent.

And we would be quite happy to make your problem go away...

if you give me what I want.

When I arrived here, I was worried for my little girl swimming with the sharks.

I'm more worried for the sharks.

He was the only reason for your visit, after all.

Not the only reason.

Well, I hope I'm not interrupting.

Just filling out the final paperwork to make your old house my new one. 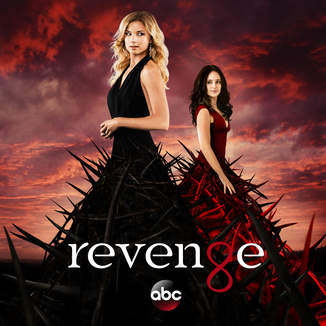 I heard your other news. About Jack.

It hits harder than I expected.

But then I remembered that by the time you got to rehab,we were already sleeping in separate places.

Me in our bedroom, and you wherever you happened to pass out that night.

Leave it to Conrad Grayson to make my addiction and unplanned pregnancy about him.

It happened while we were married.

To think that I'd be unaffected is naive.

Just as naive as blaming me solely for our divorce.

I have never done that.