And I said to myself, "I will defend myself, but I will not fight." But I was discontented, and I no longer listened to the master. At last the moment of dismissal arrived. When I was alone in the street I perceived that he was following me. I stopped and waited for him, ruler in hand. He approached; I raised my ruler.

"No, Enrico," he said, with his kindly smile, waving the ruler aside with his hand; "let us be friends again, as before." 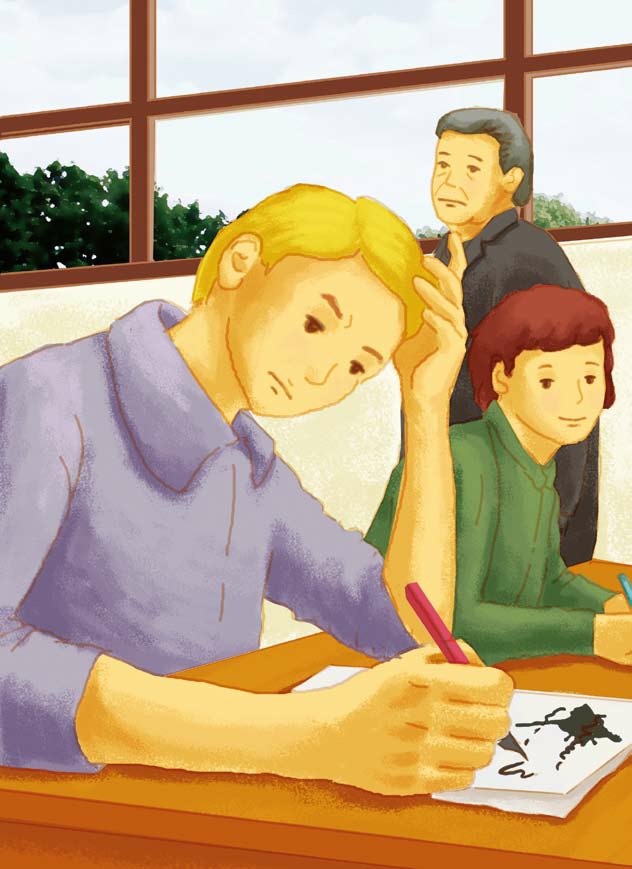 I stood still in amazement, and then I felt what seemed to be a hand dealing a push on my shoulders, and I found myself in his arms. He kissed me, and said:--

"We'll have no more altercations between us, will we?"

"Never again! never again!" I replied. And we parted content. But when I returned home, and told my father all about it, thinking to give him pleasure, his face clouded over, and he said:--

"You should have been the first to offer your hand, since you were in the wrong." Then he added, "You should not raise your ruler at a comrade who is better than you are--at the son of a soldier!" and snatching the ruler from my hand, he broke it in two, and hurled it against the wall.